The initial actions taken by the first officer in a homicide case may determine whether or not there will be a successful homicide investigation. It is imperative that the First Officers adhere to recognized and standard operating procedures to assure a professional conclusion. This article will concentrate on the following events, which initiate a homicide investigation.

The first notification to the police department of an actual or suspected homicide, or an incident that may develop into one, is usually received by telephone.

First Notification of Homicide Received in Person by Patrol Officer

If the first notification is received in person by an officer on patrol, he should immediately note the time and the exact information.

First Officer's Duties on Arrival at the Scene 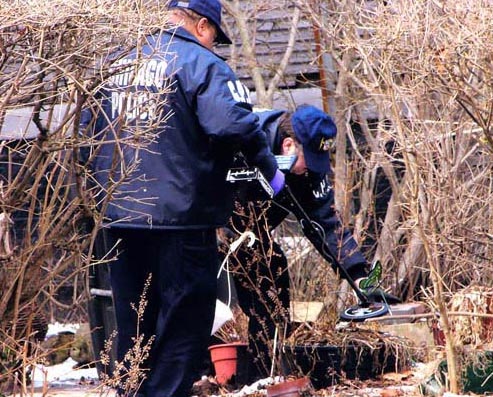 In almost all instances, the first officer to arrive at any homicide crime scene is the uniformed patrol officer. Rarely is the patrol officer a witness to the actual homicide. He usually arrives a short time after in response to a radio transmission or emergency call made by some citizen who has either witnessed the crime or has stumbled upon the homicide scene.

On arrival at the homicide crime scene, the situation confronting the first officer can fall anywhere between these two extremes:

Whatever the situation at the scene, the first officer has three primary duties.

Each case, of course, will require a different pattern of responses, but the major principle, which should guide the first officer is the protection of life. The protection of life includes not only that of the victim, where there is a possibility of saving him; but also others on the scene including the suspect and the officer himself. Situations such as barricaded felons exchanging fire with responding police units as a victim lies on the line of fire, possible hostages, and the ever-increasing instances of terrorist acts, obviously will require additional police responses, including requests for specialized units.

Safeguarding the Scene and Detaining Witnesses or Suspects

The first officer at the scene of a homicide is immediately confronted with a multitude of problems, which he must quickly analyze so as to take the necessary steps. Quickness, however, does not imply haste. The first officer's actions must be deliberate and controlled. When the assignment information, communicated to him by radio, passerby, or telephone suggests an incident, which is or may become a homicide, the officer, as he approaches the given location, must become scene conscious. He must be alert to important details which are transient in nature and which may be subject to chemical change. Changes may occur by dissipation, or simply by being moved by persons on or arriving at the scene. These may include, but are not limited to:

In most instances the first officer will face an emergency condition at the homicide crime scene. However, he must maintain a professional image, which will enable him to perform effectively during this preliminary response stage. The first officer should direct his attention to isolating the body and immediate surroundings from all other persons. This procedure alone will usually call for a great deal of tact in dealing with members of the family who may be present, sympathetic neighbors, and the curious, whether strangers or other police officers who have responded.

In this phase of preservation of the scene and removal of unauthorized persons, the first officer in his diligence to remove unnecessary persons should be careful not to chase off possible witnesses or others who have important information. Do not overlook the possibility that one of the people you might chase off could be the perpetrator.

Remember, at this stage of the investigation, the only evidence that should be collected by the patrol officer is eyewitness or testimonial in nature such as res gestae or spontaneous utterances of a suspect.

Patrol officers responding to a report of a possible homicide at St. Leander's Catholic Church in Pueblo, Colorado discovered the bodies of two priests, who had been brutally stabbed and murdered in the rectory of the church. The first officers had received crime scene training instructions from a detective who had attended a Practical Homicide Investigation seminar. The two officers, realizing the gravity of this event, secured the entire square block surrounding the Church, the Rectory and the school.

This action turned out to be quite fortuitous. The responding detectives, upon examining the scene, became aware of blood droppings, which led from the front door of the rectory down the pathway to the sidewalk. Apparently, the offender had injured himself during this assault and was bleeding as he left the scene.

Because the First Officers had secured such a larger perimeter these blood droppings were protected from contamination and/or destruction by other responders as well as onlookers and other persons who would gather at the scene.

In fact, the detectives were able to could actually follow these blood drop.